America. Alienation. Adolescence. These three words, to me, seem to summarise The Catcher in the Rye. J.D. Salinger’s only full length novel focuses on the troubles and difficulties of growing up and the desire to belong whilst maintaining ones own identity.

The protagonist Holden Caulfield leaves his school after realising that he is unhappy being surrounded by people he doesn’t like because of their annoying personal habits or their outlook on life. Phonies. Phonies is the go-to word of the narrator. Adults that he meets whilst spending time in New York city drinking, smoking or just generally wandering the cold winter streets are phonies. They are superficial products of the post second world war society. The worst part for Holden is that everyone is unable to realise their phoniness. Even sadder is the fact that Holden doesn’t realise that he is a phony himself. His compulsive need to lie and the speed at which he disregards people because of this highlights the phoniness that is present in the world.

Holden is both alienated and alienates. He is unwilling to grow up and take that final step into the adult world, like a traditional bildungsroman. He also refuses to like various characters in the book because of their artificial qualities. He also alienates himself because relationships confuse him. Opportunities for emotional and physical relationships present themselves to Holden throughout the novel but he inevitably declines because he wants to remain individual and apart from the norm. 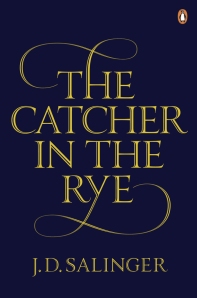 I think it this that has left The Catcher in the Rye with such a legacy. But also a universality. So many people can relate to Holden as a character. He is just one small person trying to be himself in a world full of phoniness and change. His fascination with the natural history museum shows how isolated and alone Holden both is and likes to be. The creatures frozen in time haven’t changed since he was young and this is one of the only static elements of the novel.

In a world that is rapidly developing, with technological advances and a booming economy, there is no time to build up the intimate relationships that Holden believes should exist. His romantic view of the world is outdated and again he prevents himself from belonging. Sex is prevalent throughout the novel, with his need to lose his virginity and his apparent interest in it. Holden is a product of this changing society. He wants to lose his virginity to someone he respects and loves but is also aroused by people he doesn’t care for and considers stupid.

It is this inability to grasp the world which makes the character of Holden so relatable. Although the reasoning behind his self-alienation and inability to connect with the real world is unique to him, I feel that I can relate to him as a character. The social pressure to belong in a constantly moving, changing, growing world is something which cannot be done without trouble. Everyone has problems. Some people are just better adjusted at coping with them than others.

One thought on “Review: The Catcher in the Rye by J.D. Salinger”